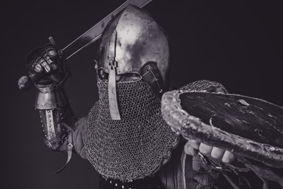 Congratulations – you are a ‘Time Ninja!’

According to the Office for National Statistics, Employees are working nearly two hours less per week on average than in 1992.

So how have you spent your extra two hours?

But hold on though…. on closer inspection it turns out that if you remove part-time workers from this equation, the UK’s full-time managers and senior officials actually work 7.6 unpaid hours per week, spending a total of 46.2 hours at work.

So rather than getting more time, it looks like you may be one of those spending more time at work.

Does that ring a bell?

You know the feeling, late home (again), kids in bed, laptop out to finish some work, partner also goes to be due to lack of conversation, early start next day …and so on …and so on…..

But the great news is – all this time at work is making you better at your job (isn’t it)?

All those meetings under you belt have made you a world class meetings ninja!!

And as for your time management – you are now a class act – after all you’ve had lots of time to practice!

(Why are you smiling – you know it’s not true!)

Longer hours don’t make you more productive, if anything we become less productive and can slip into “pointless presenteeism” very easily.

Would they be better off elsewhere working on great stuff (that will give an outcome) rather than practicing group nodding (and perhaps the occasional doodle and daydream)?

And while on the subject of doing ‘great stuff’, how much time do you spend on yourself?

At a recent presentation and connection session I created (for international Lawyers at Warwick Business School), out of 40 people in the room only a couple admitted invested in at least two hours a week on developing themselves. Then there was a huge gap and the majority either agreed they only spent a few minutes and mostly were somewhat embarrassed to answer – ‘none’.

The enemy, as they described it, is lack of time (cos were busy in meetings dummy!!)

But, if we don’t develop ourselves – who will do it for us?

Isn’t it time to shake things up in your life– even just a little bit?

Here are a couple of suggestions: Previous post The Joy of Going Back to Work Next post Why Should This Become Your Favorite Quote?